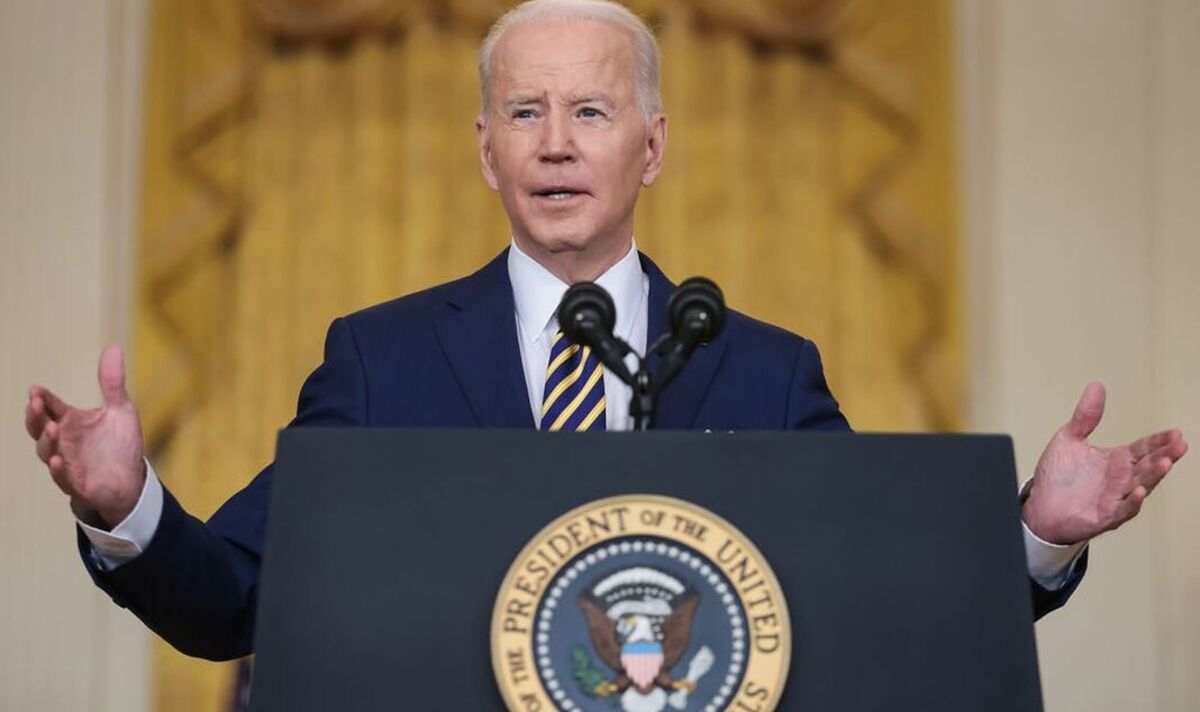 Joe Biden visited Florida to address the Democrats as he entered the final leg of the campaign for the US mid-term elections. Mr Biden reached Florida on Tuesday and this was his third trip since becoming president.

According to news reports, Mr Biden and his team for months had been hoping to use Florida’s constellation of Trump-aligned Republicans – including the former president himself – to crystallize Biden’s closing pitch that the election is a choice and not a referendum and galvanize Democratic voters.

A senior Biden adviser said told CNN: “You can’t shake a stick (in Florida) without hitting a Republican that represents the MAGA extremes that the president is talking about.

“So, it allows the president to really drive home what’s at stake and what the choice is.”

Charlie Crist, who is challenging incumbent Gov. Ron DeSantis, insisted Biden’s visit isn’t coming too late, contending the “great unknown” in this year’s election is the women’s vote, especially in the wake of the Supreme Court decision to repeal Roe v. Wade.

Mr Crist said in an interview ahead of the president’s visit that culminated with Crist, Biden and Rep. Val Demings holding up their arms together in front of an full auditorium on the campus of Florida Memorial University: “Getting out the base is critical, and no one is better than doing that than the president.”

During all three stops in Florida, Mr Biden took aim at both of Florida’s senators — Rick Scott and Marco Rubio — but may have delivered his most stinging comment for the incumbent governor.

According to a pool report of the event, Mr Biden said: “This guy is not. … He doesn’t fit any of the categories I’ve talked about. The way he deals, the way he denies.

“And so, it’s really important for a state the size of Florida and the consequence of Florida — it gets on the right side of history again.”

The Sunshine State represents an important battleground state for the midterms and future presidential elections. But more importantly, with the president’s approval ratings underwater, Mr Biden’s team views Florida as the perfect political backdrop to frame the midterm elections as a choice – between “extreme MAGA Republicans” and Democrats – rather than a referendum on the President and his party, Biden said Tuesday.

Mr Biden also said Republicans were “coming after” the right to vote, warning once again that “democracy is on the ballot.”

The president spent much of the speech painting, what he called, the “stark contrast” between Democrats and Republicans, including on issues of Social Security, Medicare, abortion and student loans.

On student loans, Mr Biden said: “They moaned and groaned about it and they challenged it in court, which they’re going to lose.

“Who in the hell do they think they are?”

CHICAGO — A Chicago man faces criminal charges in the riot at the US Capitol nearly two years ago.  Federal authorities say James McNamara was identified as the suspect seen repeatedly ramming the … END_OF_DOCUMENT_TOKEN_TO_BE_REPLACED

Other provisions would loosen the definition of an EV worker and appear to be aimed at existing automakers in Illinois, especially Stellantis and Ford. They have huge conventional auto assembly plants … END_OF_DOCUMENT_TOKEN_TO_BE_REPLACED