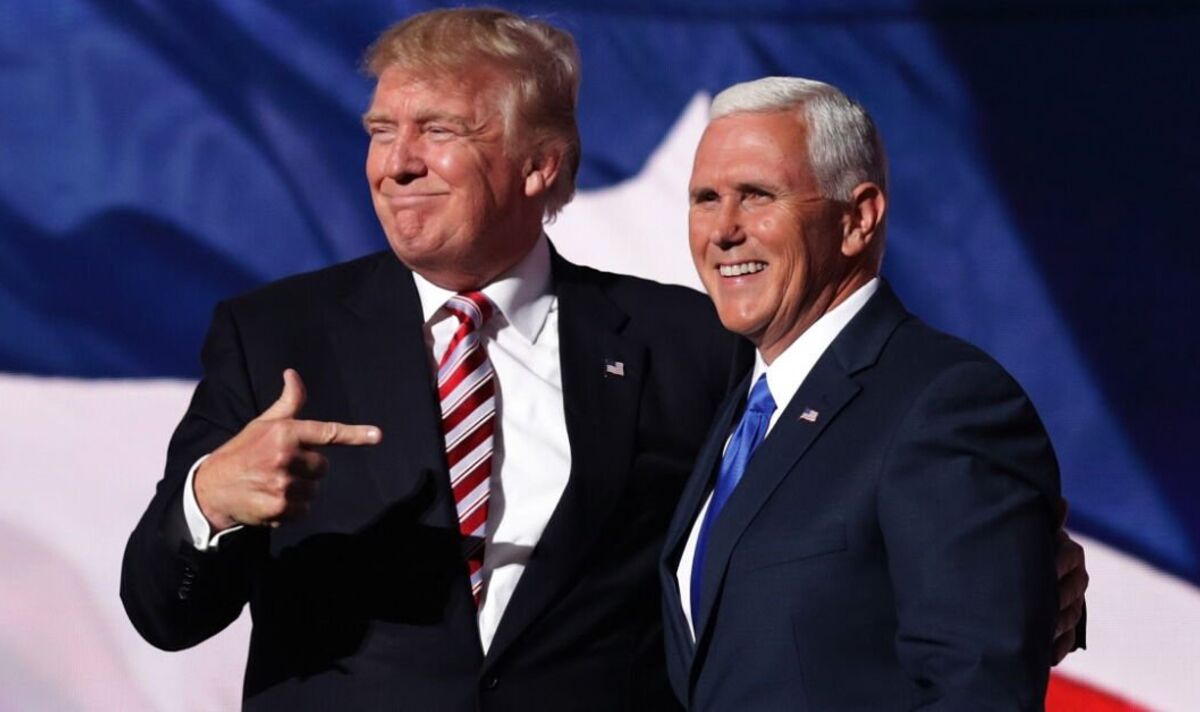 Mike Pence has claimed Donald Trump’s attempts to overturn Joe Biden’s victory in the 2020 US Presidential Election was a “new low” in their troubled relationship. Mr Pence, who became Mr Trump’s running-mate in 2016, made the remark in an extract from his memoir ‘So Help Me God’.

The ex-Indiana Governor went on to criticise the 45th President’s “fateful decision” to discard advice about conceding defeat to Mr Biden.

Mr Pence instead said his former boss put a misfit team of outside lawyers in charge of the strategy.

The 63-year-old also described how he and Mr Trump had a standoff in the Oval Office as the ex-POTUS demanded evidence to back up his unsubstantiated claim that the election had been stolen.

Mr Pence claimed: “Even in an office well acquainted with rough-and-tumble debates, it was a new low.”

However, the extract did not make reference to Mr Pence’s thoughts when Trump supporters stormed the Capitol on January 6, 2021.

Mr Pence was forced to flee the Senate after rioters stormed Congress after Trump declared: “Mike Pence didn’t have the courage to do what should have been done.”

‘So Help Me God’ will be released on November 15 and comes as Mr Pence continues to position himself as a potential GOP candidate for 2024.

Speaking at an event at Georgetown University last month, the ex-Vice President appeared to suggest he might run to replace Mr Biden.

CHICAGO — A Chicago man faces criminal charges in the riot at the US Capitol nearly two years ago.  Federal authorities say James McNamara was identified as the suspect seen repeatedly ramming the … END_OF_DOCUMENT_TOKEN_TO_BE_REPLACED

Other provisions would loosen the definition of an EV worker and appear to be aimed at existing automakers in Illinois, especially Stellantis and Ford. They have huge conventional auto assembly plants … END_OF_DOCUMENT_TOKEN_TO_BE_REPLACED