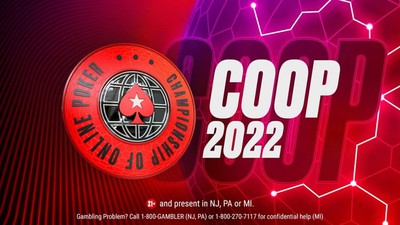 PokerStars has unveiled the schedule of its esteemed Championship of Online Poker (COOP) in the US market comprising New Jersey, Pennsylvania, and Michigan.

As was already revealed, the US COOP 2022 series kicks off on September 9 and spans nearly three weeks.

Just like last year, $4.5 million is guaranteed over three separate series, with Pennsylvania (PACOOP) taking the largest share, promising $2 million while Michigan (MICOOP) and New Jersey (NJCOOP) will have guarantees of $1.5 million and $1 million, respectively.

Over 200 individual tournaments will play out, with each series featuring over a dozen Championship events — awarding a coveted trophy to the winner. The series will award six Platinum Passes throughout the series.