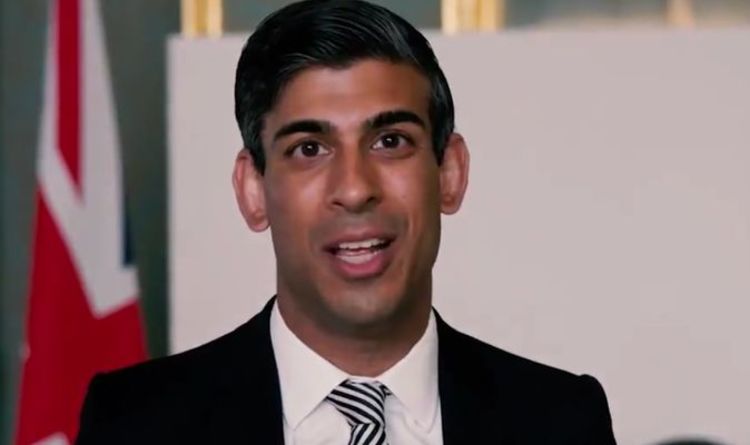 But Mr Sunak, who previously announced a plan to increase corporation tax from 19 percent to 25 percent for large companies by 2023, added: “These seismic tax reforms are something the UK has been pushing for and a huge prize for the British taxpayer – creating a fairer tax system fit for the 21st century.

“This is a truly historic agreement and I’m proud the G7 has shown collective leadership at this crucial time in our global economic recovery.”

In a communique from G7 finance ministers, the seven nations said they agreed to an “an ambitious two-pillar global solution” to tackle tax challenges arising “from an increasingly globalised and digital global economy.”

Pillar one would see the largest and most profitable multinationals expected required to pay tax in the countries where they operate, not just where their headquarters are based.

Under the plans, the rules would apply to firms with a profit margin of least 10 percent and would see 20 percent of any profit above the 10 percent margin reallocated and then subjected to tax in the countries they operate.

The second half of the deal is the principle of at least a 15 percent global minimum corporation tax operated on a country-by-country basis which would create a more level playing field for UK firms and cracking down on tax avoidance.

A Treasury spokeswoman said discussions on the two pillars “have been ongoing for many years” adding the agreement was a “key priority of the UK’s G7 presidency.”

The deal will end what US Treasury Secretary Janet Yellen has called a “30-year race to the bottom on corporate tax rates” as countries compete to lure multinationals.

Ms Yallen added in a statement: “Global minimum tax would end the race-to-the-bottom in corporate taxation, and ensure fairness for the middle class and working people in the US and around the world.

“The global minimum tax would also help the global economy thrive, by levelling the playing field for businesses and encouraging countries to compete on positive bases, such as educating and training our workforces and investing in research and development and infrastructure.”

Mr Sunak was chairing the London meetings, held in person today and yesterday after an easing of COVID-19 restrictions and attended by counterparts from Canada, France, Germany, Italy, Japan and the United States.

The talks were preparing the ground for a broader summit of G7 leaders in Cornwall, southwest England, starting next Friday.

Mr Biden is set to attend next week’s summit on his first foreign tour since taking office in January.

Meanwhile, the 15 percent agreement is due to be discussed in further detail at the G20 finance ministers and Central Bank governors meeting in July.

Agreement on a 15 percent baseline is expected to cause some tensions with Dublin, with the Irish Government resistant to raising its corporation tax rate above 12.5 percent.

Shadow chancellor Rachel Reeves said the agreement was “encouraging” but stressed the Government “must now show leadership” and push for a 21 percent rate as suggested by Mr Biden.

CHICAGO — The City Council on Monday delayed a vote on Mayor Lightfoot’s curfew change — but a group of young residents are urging members to vote no. The young adults are part of the racial … END_OF_DOCUMENT_TOKEN_TO_BE_REPLACED

The fire at the former Pheasant Run Resort, 4051 E. Main St., broke out Saturday afternoon, sending huge plumes of smoke into the sky surrounding the closed resort and drawing dozens of onlookers who … END_OF_DOCUMENT_TOKEN_TO_BE_REPLACED

As the 2022 political season gets into full swing, one of the most intriguing candidates for elected office is Herschel Walker. The star running back with the University of Georgia and Dallas Cowboys … END_OF_DOCUMENT_TOKEN_TO_BE_REPLACED