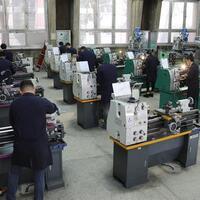 Türkiye’s textile industry aims to increase its export to the U.S. to at least $1 billion, the head of a trade group has said.

“The U.S is an important market for us. In 2021, sales to this country reached $850 million and the target for this year is to boost export revenues above $1 billion,” said Ahmet Öksüz, head of the Istanbul Textile and Raw Materials Exporters Association (İTHİB).

In an effort to introduce Turkish textile products to the U.S. market and American companies, the association launched the third edition of ‘i of the World’ event in New York between July 20 and July 21.

“This event was important for us to achieve this export revenue goal,” Öksüz added, voicing confidence that Türkiye could be one of the top five countries the U.S. imports textiles products from.

“Türkiye has this potential, it is the fifth largest supplier of textile products in the world.”

‘i of the World’ is specifically designed to target the U.S market, Öksüz explained.

The local textile industry’s export revenues amounted to $12.9 billion in 2021.

Some 212 Turkish companies showcased their products at the Premiere Vision Paris 2022.

In the first half of this year, the industry’s revenues from exports reached $6.8 billion, rising 9.9 percent from the same period of 2021.

Exports to Italy grew 23.8 percent on an annual basis. The annual growth rates in exports to the U.S. and Germany were 17.5 percent and 2.2 percent, respectively.

Export revenues may reach $15 billion at the end of this year, said Natan Yakuppur from the İTHİB.

Democrats called the bill the largest investment in fighting climate change ever made in the US, and it’s projected to help cut greenhouse gas emissions by about 40% from 2005 levels by the end of the … END_OF_DOCUMENT_TOKEN_TO_BE_REPLACED