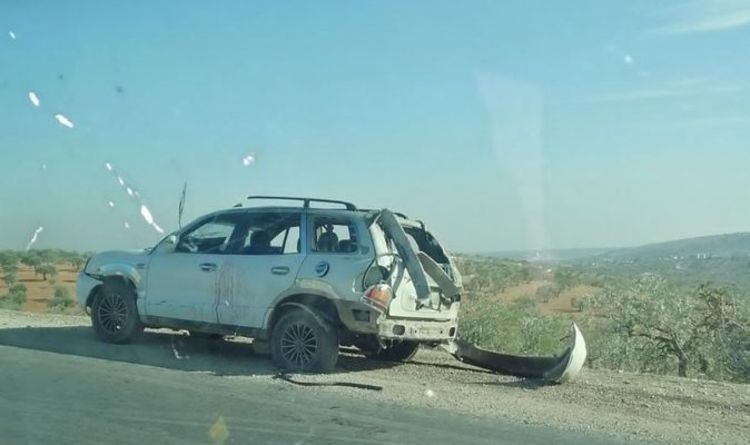 The attack occurred on Friday near the village of al-Mastumah, Syria, located around 60km southwest of Aleppo. Local reports suggest as many as seven nearby civilians were injured as a result of the airstrike.

Reports also suggest the terrorist operative killed in the attack was a member of Hurras al-Din, a splinter group affiliated with Al-Qaeda and fighting in the Syrian Civil War.

Images from the scene appear to show a heavily damaged car on the edge of a highway.

In a statement Captain Bill Urban, a spokesman for the US Central command (CENTCOM) announced a full investigation into the civilian casualties is underway.

“We abhor the loss of innocent life and take all possible measures to prevent them.

“The possibility of a civilian casualty was immediately self-reported to US Central Command.

“We are initiating a full investigation of the allegations and will release the results when appropriate.”

Here is a new way you can watch local news, 24 hours a day, seven days a week – for free!  NBC 5 has launched NBC Chicago News on Peacock. Here, you will see around-the-clock local news coverage. … END_OF_DOCUMENT_TOKEN_TO_BE_REPLACED

Proper Rate, the joint venture by Guaranteed Rate and @properties, has named Rich Honquest as a new vice president of mortgage lending. In the position, Honquest will be originating loans in the … END_OF_DOCUMENT_TOKEN_TO_BE_REPLACED

Tuition for out-of-state and international freshmen will increase by 2.5% in Urbana-Champaign, 1.8% in Chicago and 1.5% in Springfield. Tuition at U of I was previously frozen from 2015-2019 and in … END_OF_DOCUMENT_TOKEN_TO_BE_REPLACED