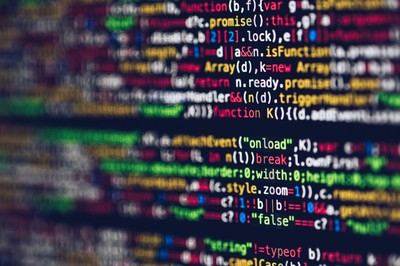 Six months after 888poker rolled out its WSOP MI platform — one of two in the US to run its new software, Poker 8 — the operator has yet to upgrade its WSOP US real money poker rooms in Delaware, Nevada, and New Jersey.

But a corporate presentation from mid-August suggests the upgrades could begin before the year’s end, at the earliest.

A mobile app for Poker 8 debuted in Europe in October 2020. A desktop version of the software was released one month later.

Europe’s two segregated markets — Portugal and Spain — upgraded to Poker 8 in March 2021. They represented the last jurisdictions outside the US to switch from the classic software version to Poker 8.

Classic Version Still in Use in the Three States

Currently, players on WSOP NJ, WSOP NV, 888poker NJ, and the three racinos in Delaware — aka the WSOP/888poker US Network — run a classic version of 888’s poker software.

When 888 Holdings announced in late April 2021 that it planned to launch online poker in Michigan and Pennsylvania by the end of June of that year, it said both states would run on Poker 8 software — making them the first US jurisdictions to do so.

But the operator also indicated that it would upgrade its existing online poker rooms in Delaware, Nevada, and New Jersey to Poker 8 by the end of 2021.

WSOP PA launched in mid-July 2021. Its counterpart, WSOP MI, went live in the Wolverine State in late March 2022. Both run the Poker 8 software.

A spokesperson for Caesars Interactive Entertainment (CIE), which has an agreement with 888 to power the WSOP network in the US, did not return a message seeking comment on when the operator could plan to upgrade Delaware, Nevada, and New Jersey to Poker 8.

A slide from 888’s interim results presentation for 1H 2022 outlines the company’s plans to fully integrate the non-US William Hill assets it gained in June.

The plans were included in a “high-level roadmap” detailing ways the company plans to “execute on [its] detailed integration plan to achieve synergies.”

But the William Hill integration plans could also be part of a broader effort to homogenize the company in other ways, including its software offerings. Fewer software options could help 888 provide improved technical support and provide customers who are used to using the Poker 8 software the same user experience in the other markets served by 888.

Although Poker 8 appeared underwhelming when it first appeared in 2018, 888 added several new features since then.

Features that were added include a filter to help players navigate to satellite games from the lobby, customized emojis, a Winner Spinner feature (on the mobile version), and sticky tournaments — where the most popular games are pinned to the top of the main tournament lobby.

Poker 8’s look and functionality are significant upgrades from the classic version of the software.

CHICAGO — A Chicago man faces criminal charges in the riot at the US Capitol nearly two years ago.  Federal authorities say James McNamara was identified as the suspect seen repeatedly ramming the … END_OF_DOCUMENT_TOKEN_TO_BE_REPLACED

Other provisions would loosen the definition of an EV worker and appear to be aimed at existing automakers in Illinois, especially Stellantis and Ford. They have huge conventional auto assembly plants … END_OF_DOCUMENT_TOKEN_TO_BE_REPLACED