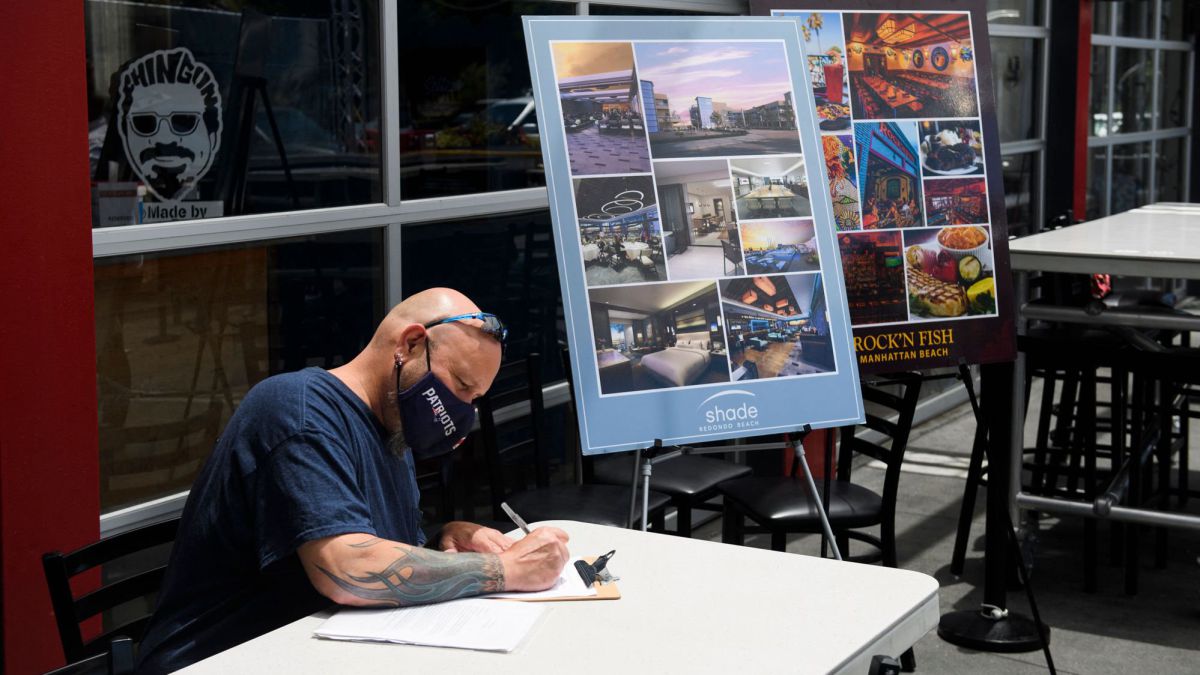 The governors of 26 states have announced their intention to prematurely withdraw from the additional unemployment benefits funded by the federal government. The American Rescue Plan had extended the $300 weekly supplement until September.

Before this month 22 of the 26 states have already pulled out of the programme, with another three to do so in July. Residents of Maryland and Tennessee will have lost their additional benefits from 3 July, while the extra support will end for Arizonans on 10 July.

As it stands, the last state to voluntarily pull out of the programme will be Louisiana, which will officially end the additional unemployment benefits on 3 August.

Missouri became one of the first states to end federal pandemic unemployment benefits. But there has been virtually no uptick in job applicants, officials say, as many looking for work hold out for better wages.https://t.co/V5NmqZ8vJg

The states to opt out of the additional benefits did so without consulting residents and are now facing several legal challenges regarding their authority to deny people access to a federally funded programme.

The first to launch a concerted challenge were jobless residents in Indiana who have successfully prevented their state from cancelling the payments in the short-term. In late June a judge ruled that Indiana must continue paying pandemic unemployment benefits to an estimated 230,000 Indiana residents until their lawsuit has been resolved.

Indiana Legal Services and Macey Swanson Hicks & Sauer, a private law firm specialising in employment issues, have argued that denying access to the additional payments would violate an Indiana law which requires the state to “procure all available federal insurance benefits to citizens.”

Additional benefits could be linked to rising unemployment rate

Last Friday the Labor Department released the June jobs report, which was a mixed bag for President Biden. While the United States did manage to exceed expectations by adding another 850,000 jobs, the national unemployment rate actually rose slightly, from 5.8% to 5.9%.

That increase may be the consequence of nearly one million people voluntarily leaving their jobs in June, far more than did so in the previous month. In May just 164,000 chose to left voluntarily, but that figure rose to 942,000 in June.

This may suggest that people now feel comfortable enough to leave their current job in search of something better, a sign that there is now general confidence in the US’ job-creating abilities after a year of turmoil.

However some governors would argue that this is evidence that the additional unemployment benefits have given too much of a safety net and allows people to voluntarily leave the workforce.

Upon announcing that he would be ending the state’s participation in the additional payments programme, Maryland Gov. Larry Hogan said: “We have a critical problem where businesses across our state are trying to hire more people, but many are facing severe worker shortages. After 12 consecutive months of job growth, we look forward to getting more Marylanders back to work.”

R. Kelly's faces a federal trial from Monday on charges he rigged his 2008 state child pornography trial by threatening and paying off a girl who he allegedly filmed himself having sex with when he … END_OF_DOCUMENT_TOKEN_TO_BE_REPLACED

Battered by the lingering pandemic, a rise in inflation, supply chain slowdowns and recessionary fears becoming reality, the healthcare industry has faced crisis after crisis over the past several … END_OF_DOCUMENT_TOKEN_TO_BE_REPLACED

“It’s not really livable unless you did a lot of renovation throughout,” Birov said. Built in about 1902, the pillared Classical Revival house was owned by the family of executive outplacement guru … END_OF_DOCUMENT_TOKEN_TO_BE_REPLACED