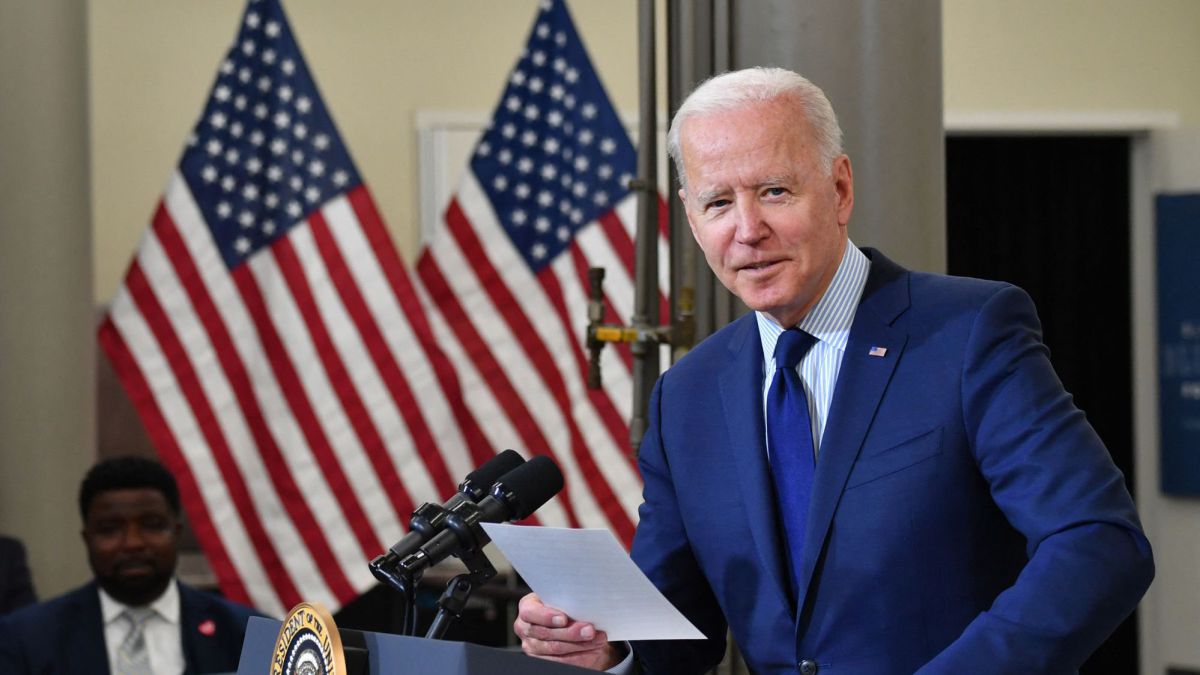 The budget proposal put forth by the White House is said to include spending for policies initiatives that President Biden has been laying out over his four months in office. This includes investment in infrastructure to improve transportation and fight climate change along with funding to rebuild the American middle class.

What Biden proposes is his blueprint for what he wants the US government to spend in the next fiscal year and coming decade. The New York Times was first to report that it would see the highest sustained levels of federal spending since World War II and see total spending to rise to $8.2 trillion by 2031.

What is in Biden’s $6 trillion proposal

Biden had previously laid out the long-term investments that he wants the US to make with his American Jobs Plan and American Families Plan. His $6 trillion proposal also includes discretionary spending which would see a 16 percent increase in spending on non-defense programs for 2022. The White House views this spending as necessary to reverse a decade of underinvestment and to make government policy work for the people.

Some of the biggest beneficiaries would be the Department of Health and Human Services and the Education Department, each seeing their funding increase by 23 and 41 percent respectively according to the Washington Post. These agencies will be key to implementing programs to help American families in the two remaining portions of the Build Back Better plan. This would be a reversal of the previous administrations attempts to cut funding to these agencies on the premise that government funding crowded out private investment and led to waste.

President Biden will propose a $6 trillion budget on Friday. With Democrats in control of the House and Senate, he faces some of the best odds of any president in recent history in getting much of his agenda approved. https://t.co/qPkVySoilA

What isn’t in Biden’s $6 trillion proposal

The budget proposal calls on Congress to create a public healthcare option and give Americans over 60 the option to enroll in Medicare. However, there is no funding in the budget for those programs nor are there any specific policies to implement them.

Also missing are any additional stimulus checks from his proposal. White House press secretary Jen Psaki threw cold water on the idea earlier this month. “We’ll see what members of Congress propose, but those are not free,” Psaki said.

Could there be another round of stimulus checks?

There has been clamoring among Democratic lawmakers on Capitol Hill for additional stimulus checks with repeated calls for the White House to support the idea. Legislation was reintroduced in the House that would create recurring stimulus checks until the end of the pandemic, but the likelihood of a fourth round at this juncture is slim.

Mainly, a fourth stimulus check for Americans is probably not in the cards because the pandemic seems to be coming under control and the economy is rebounding from the depths it reached last spring. The US economy in 2021 is expected to grow at its fastest clip since 1984. Additionally, such a measure could hamper President Biden’s longer-term goals through the Build Back Better plan.

Currently, he has said that he is willing to go past his Memorial Day deadline to reach a compromise with GOP Senators on the size of the infrastructure bill. This came after Republican negotiators presented a proposal over 60 percent bigger than the previous counteroffer to the White House. Although President Biden lowered the cost of his bill, the distance between the two is still gapping. Any further stimulus check proposal would add unacceptable levels of spending for Republicans and some Democrats as well.

CHICAGO — The City Council on Monday delayed a vote on Mayor Lightfoot’s curfew change — but a group of young residents are urging members to vote no. The young adults are part of the racial … END_OF_DOCUMENT_TOKEN_TO_BE_REPLACED

The fire at the former Pheasant Run Resort, 4051 E. Main St., broke out Saturday afternoon, sending huge plumes of smoke into the sky surrounding the closed resort and drawing dozens of onlookers who … END_OF_DOCUMENT_TOKEN_TO_BE_REPLACED

As the 2022 political season gets into full swing, one of the most intriguing candidates for elected office is Herschel Walker. The star running back with the University of Georgia and Dallas Cowboys … END_OF_DOCUMENT_TOKEN_TO_BE_REPLACED