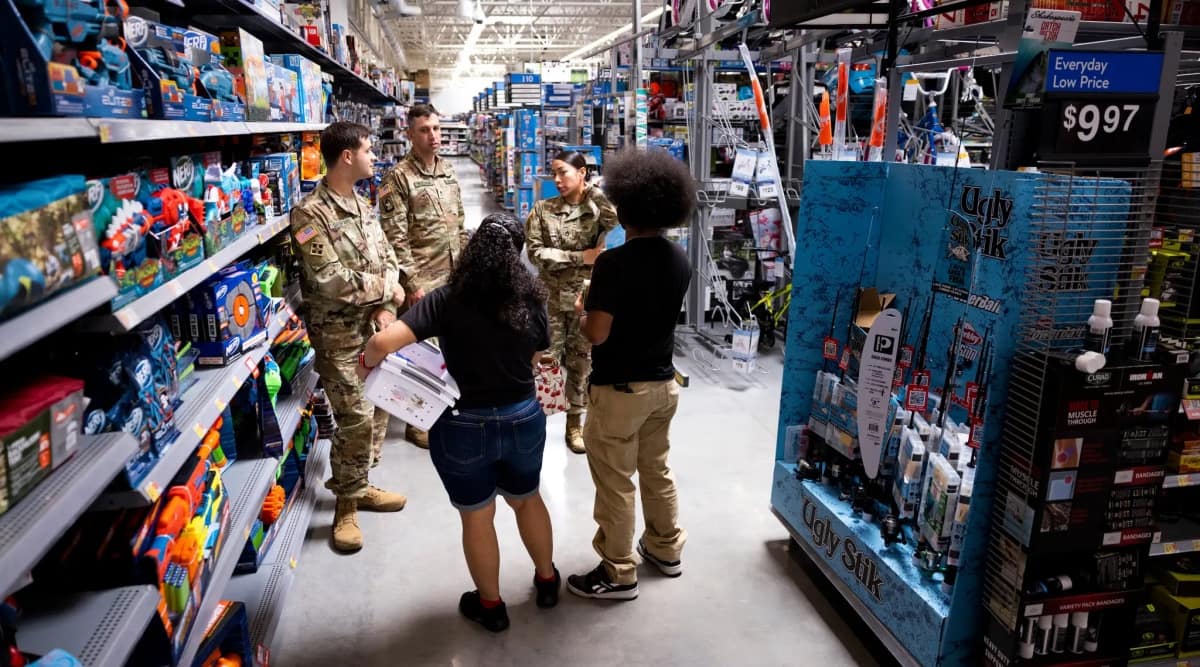 The local Army recruiting station was empty. The normally reliable recruiting grounds at the nearby Walmart were a bust. With the Army still thousands of soldiers short of its recruiting goal, the station commander, Sgt. 1st Class James Pulliam, dressed head to toe in camouflage, scanned a strip mall parking lot for targets.

He spotted a young woman getting out of a car and put on his best salesman smile. “Hey, how’d you know I was going to be here today!” the sergeant said with an affable Carolina drawl, as if greeting an old friend. “I’m going to help put you in the Army!”

These are tough times for military recruiting. Almost across the board, the armed forces are experiencing large shortfalls in enlistments this year — a deficit of thousands of entry-level troops that is on pace to be worse than any since just after the Vietnam War. It threatens to throw a wrench into the military’s machinery, leaving critical jobs unfilled and some platoons with too few people to function.

COVID-19 is part of the problem. Lockdowns during the pandemic have limited recruiters’ ability to forge bonds face to face with prospects. And the military’s vaccine mandate has kept some would-be troops away. The current white-hot labour market, with many more jobs available than people to fill them, is also a factor, as rising civilian wages and benefits make military service less enticing.

But longer-term demographic trends are also taking a toll. Less than one-quarter of young American adults are physically fit to enlist and have no disqualifying criminal record, a proportion that has shrunk steadily in recent years. And shifting attitudes toward military service means that now only about 1 in 10 young people say they would even consider it.

To try to counter those forces, the military has pushed enlistment bonuses as high as $50,000 and is offering “quick ship” cash of up to $35,000 for certain recruits who can leave for basic training in 30 days. To broaden the recruiting pool, the service branches have loosened their restrictions on neck tattoos and other standards. In June, the Army even briefly dropped its requirement for a high school diploma, before deciding that was a bad move and rescinding the change.

The Army is the largest of the armed forces, and the recruiting shortfall is hitting it the hardest. As of late June, it had recruited only about 40% of the roughly 57,000 new soldiers it wants to put in boots by Sept. 30, the end of the fiscal year.

So Pulliam, 41, a helicopter mechanic who turned to recruiting five years ago, was hunting for anyone who might want to join, even if they did not know it yet.

Like many soldiers who make recruiting their career, he believed in what he was selling because he knew what Army service had done for him. Before he enlisted in 2012, he was a 31-year-old warehouse worker in North Carolina, working extra shifts to support his three children. A year later, he was working on AH-64 Apaches, with his housing and education paid for by the Army.

“It changed my entire life,” he said. “And that’s the gift I have to give to other people. You just have to find the people that need it.” He chuckled and added, “That ain’t always easy.”

The young woman in the strip mall parking lot was on her way to get a pizza and looked confused when the tall man in green began pitching her on the benefits of serving her country. She eventually apologized politely and said she could not join up, gesturing to an insulin pump clipped to her shorts.

The sergeant made a mental note: diabetic, not fit to serve. But he did not give up.

“OK, well, just give me a name — one number I can call, right now,” he pressed. “You’ve got to know someone who might want to join. One number, and I’ll leave you alone.”

Seconds later, he was on the phone with one of the woman’s friends. “She says you want to join the Army,” the sergeant said, as if he were announcing the winning Powerball numbers. “Where you work? I can meet you when you get done.”

The sergeant paused, turned and said, “Dude just hung up on me!”

Moments later, the friend was calling the woman’s cellphone. Pulliam smiled and leaned toward her conspiratorially. “Wouldn’t it be weird if I answered?” he said. “It’d be like I was a Jedi recruiter. Let me take this one.”

The woman giggled as the sergeant held her phone up and announced that he was ready to give the friend a second chance. The friend hung up again.

The other branches are not having any easier of a time. The Navy and Marine Corps do not release recruiting figures before the end of the fiscal year, a spokesperson said, but both have acknowledged that it will be hard for them to meet quotas this year.

Even the Air Force, which has rarely had trouble attracting talent in the past, is about 4,000 recruits short of the level it typically reaches by midsummer.

“Bottom line, up front, we are in a week-to-week dogfight,” said Maj. Gen. Edward Thomas Jr., commander of the Air Force Recruiting Service. “We are growing hopeful that we may be able to barely make this year’s mission, but it’s uncertain.”

Thomas said the short-term problem of COVID-19 kept recruiters away from county fairs, street festivals and their most productive hunting grounds, high schools. The relationships that recruiters were not able to cultivate face to face during the pandemic’s early stages, he said, mean there is now a drought of graduates signing on the dotted line.

A modest recruiting bump from snappy ads the service ran before screenings of “Top Gun: Maverick” helped a bit, he said. But the general pointed to larger, longer-term concerns about the shrinking pool of young Americans who are both able and willing to serve. In recent years, the Pentagon has found that about 76% of adults ages 17-24 are either too obese to qualify or have other medical issues or criminal histories that would make them ineligible to serve without a waiver.

And what the military calls propensity — the share of young adults who would consider serving — has fallen steadily for several years. It stood at 13% before the pandemic began, Thomas said, but is now 9%.

“There are just lower levels of trust with the US government and the military,” he said.

Of course, maintaining one of the world’s largest militaries entirely with volunteers has never been easy, and this is not the first time in the 49 years since the United States ended the draft that recruitment has fallen short.

When civilian jobs are plentiful, as they are now, the military tries to compete using two tactics: sweetening the deal with signing bonuses, better pay and other enticements, and lowering standards a bit to enlist people who might not otherwise qualify.

The military has also adapted by downsizing. The number of active-duty service members is now about half of what it was in the 1980s and is projected to keep decreasing.

Democrats called the bill the largest investment in fighting climate change ever made in the US, and it’s projected to help cut greenhouse gas emissions by about 40% from 2005 levels by the end of the … END_OF_DOCUMENT_TOKEN_TO_BE_REPLACED