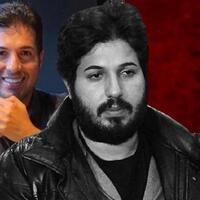 Keeping a close watch on the movement of Turkish-Iranian businessman Reza Zarrab, who was arrested in 2016 for violating the U.S. sanctions on Iran and released on bail in 2018 after being a witness in the case, the U.S. media has revealed the lavish lifestyle of Zarrab in Miami.

The Miami Herald newspaper published photos of Zarrab walking in the Coconut Grove region, with its reporters witnessing him speaking Turkish loudly on his mobile while walking on a sidewalk.

“He drove away from the scene with a Cadillac,” the daily Hürriyet wrote on Dec. 9, quoting Miami Herald reporters.

According to U.S. media reports, Zarrab lives in a $3.6 high-rise apartment and is making investments in thoroughbreds and equestrian centers in Miami.

The Miami Herald alleged that Zarrab, who was accused of executing the biggest money-laundering scheme to Iran in the U.S.’ history, had obtained a driving license and a working permit from the U.S. officials under the name of “Aaron Goldsmith.”

“He is using the name ‘Richard Ferrari’ while participating in the riding races. He is also using ‘Richard Kaplan’ from time to time,” the daily Hürriyet remarked, quoting the U.S. newspaper.

Overweight in his days in Turkey, Zarrab now seems to be losing weight, as seen in a photo published recently. Experts said the Swiss-made Richard Mille watch he was wearing in the photo cost “some hundred thousand dollars.”

Zarrab was arrested in 2016 and charged with laundering billions of dollars in a big sanctions-evasion scheme. He cooperated with the U.S. government, and following his latest testimony in December 2017, he “vanished.”

Turkish media detected him in New York following the summer, and it was in October when Zarrab’s lavish life in Miami first came to light.

Chicago Shooting News Live: A gunman on a rooftop opened fire on an Independence Day parade in suburban Chicago on Monday, killing at least six people, wounding at least 30 and sending hundreds of … END_OF_DOCUMENT_TOKEN_TO_BE_REPLACED

The real estate industry is beyond crowded — it seems like agents are popping up everywhere and taking aim at your clients. So, how can you cut through all that noise to stand out? You’ve got to … END_OF_DOCUMENT_TOKEN_TO_BE_REPLACED

Chicago Mayor Lori Lightfoot confirmed to the New York Times that the Chicago Police Department is assisting in the response and investigation.  “Law enforcement is working hard to bring the shooter … END_OF_DOCUMENT_TOKEN_TO_BE_REPLACED